When I was a kid, I stood in awe of souvenir shops. Postcards, mugs, knick-knacks, you name it I was into it. My parents used to give us vacation money, and I remember that one time I spent mine on – literally- a box of rocks. They were desert rocks, but still. And what did I do with those rocks? Nothing. What value did they add to my life? None. If rocks are your thing, than go ahead. Seriously. But for me, that was not a wise purchase. They literally sat in my closet for a decade before I threw them away as an adult.

Unfortunately, I’ve had to throw a lot of stuff away over the years. The first major purge happened when I married my husband. The second happened when we moved overseas. You find out real quick what matters to you when you have to par your stuff down to 1 and 1/2 suitcases and a carry-on (plus 2 or 3 boxes to leave in your parent’s basement). Some of the first things to go were the pointless knick knacks that I had accumulated over the years (like that box of rocks!).

Now, I try to be a bit more careful about the things that I buy. Some of my favorite souvenirs that we’ve gotten over the years have been scarves:

We picked up the flowery scarf in a tea shop in Washington on our six month anniversary! The plaid one we bought in a wool and cashmere shop in Edinburgh.

A salt lamp from a mining town near the Austrian border:

A picnic blanket from the Scottish highland games we attended:

A cuckoo clock from the black forest: 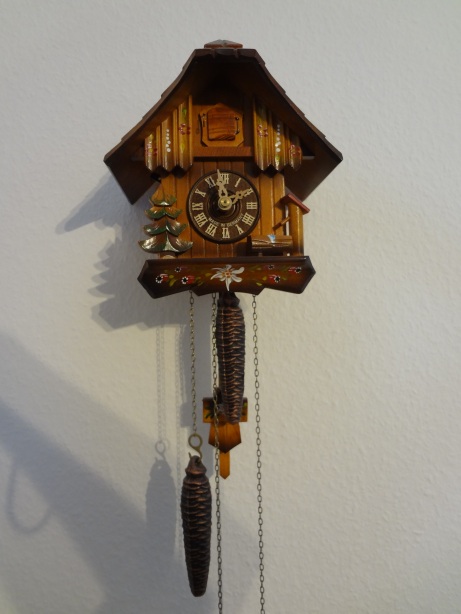 And a hat from the fancy hat shop in the Green Gables Village on Prince Edward Island: 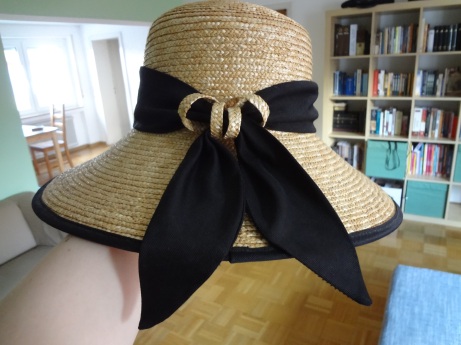 That memory still makes me feel giddy. It was our first anniversary.

See, in my opinion, the only souvenirs worth buying are the ones that you will actually use. That’s not to say that I’m opposed to souvenir shops. On the contrary, I still love perusing them. I just don’t like knick-knacks or clutter. And, I think that there are a lot of little items in shops that are worth collecting – like postcards. I wish I had gotten into that as a kid! They are cheap, you can stuff them into a photo album, and they don’t take up much room. It’s something physical that you can take home with you. Plus, it’s a neat way to keep track of the places that you’ve been – which I think is the whole point of buying souvenirs anyways.

Here a few souvenirs that I bought as a kid that made it over here to Europe!

A box that I bought during a family trip to Florida:

A turtle pendant that got at a Native American jewelry stand at Four Corners, USA:

And lots and lots of pictures. Because pictures are free and flash drives are small.

What is your souvenir philosophy? Are you a souvenir shop junkie? What’s the best thing you’ve ever bought on vacation?